~Lucille Clifton’s “homage to my hips” 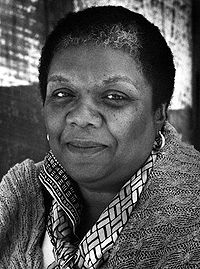 Lucille Clifton was born Thelma Lucille Sayles in 1936 in Depew, New York. Her father, Samuel Clifton, was a steelworker, and her mother, Thelma, worked in a laundry. Neither of her parents received schooling past grade school, but Lucille’s mother wrote poetry. Lucille graduated from Fosdick-Masten Park High School and attended Howard University and graduated from the State University of New York at Fredonia in 1955. She married Fred James Clifton, a philosophy professor at the University of Buffalo. Fred James Clifton was also a sculptor, whose work focused on African faces.

The New York Times cited Clifton’s first book of poetry, Good Times (1969), as one of the ten best books of the year. Good Times already displays Clifton’s characteristic style, concise and austere, and focuses on Clifton’s family and African-American urban life. In 1972, Clifton published another book of her works called Good News about the Earth: New Poems, which reflects the political and social unrest of the 1960s and early 1970s, focusing particularly on black political leaders of the era. Despite her focus on African American life, Clifton’s third book, An Ordinary Woman (1974), departed from this theme and examined the place of a female writer and poet. This book was incorporated into Good Woman: Poems and a Memoir: 1969-1980, which was nominated for a Pulitzer Prize.

In addition to writing poetry and children’s stories, Clifton taught poetry, literature, and creative writing at several universities around the country including George Washington University, the University of California at Santa Cruz, St. Mary’s College of Maryland, Duke University, and Columbia University School for the Arts.

Clifton received many honors and awards throughout her career, including the Shelley Memorial Award, the Lannan Literary Award for Poetry, the National Book Award for Poetry, and the Ruth Lilly Poetry Prize. Clifton died at age 73 in Columbia, Maryland, earlier this year.