Let’s all take a moment to appreciate that right now we have more women than men enrolling in college. In fact, as of 2012, women enrolling in college is 10% more than men! LETS GO GIRLS, we may truly run the world as Beyonce once said. As most of you know, Hillary Clinton became the first woman to run to be president of the United States. Whether or not you supported her, you can still appreciate that she was strong and willing to take on that role. Speaking of Hillary,

**The U.S. Ranks 97th  of 187 Countries on Women’s Legislative Representation**

Women are more than half of the US’ population but only 19% of House Reps are women. That doesn’t seem like a lot but we are growing.

But let’s get back to education. With more women enrolling in college, they are also seeking more careers that men dominated.

How cool is that? When you watch lawyer or criminal justice shows…most have a sassy female lead. Its great and entertaining. But its also happening in real life! We still have some way to go though…36/64 is not 50/50. We’re working on it though!

YES! Our attention to detail and the finite things in education is needed in this field!

But here is a bummer…

It’s better than it used to be but this is just simply not OK. We have the SAME education and dedication. On the positive side, a lot of people are fighting for equality in pay and we haven’t given up quite yet. Let’s not be too negative.

We just have to keep educating and reminding one another of the amazing people we are. SafetyGirl is proud of you and the work you do everyday. 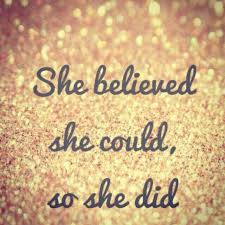 Thanks to International Organization of Parliaments, Pew Research Center, American Bar Association, and Bureau of Labor Statistics for this data.